The task of the municipality management was to design a new multifunctional sports complex, which would offer the citizen of the municipality and its surroundings sports activities that no other facility in the locality offers, or offers only in insufficient quantity or quality.

The basic concept of layout preserves its division into two height levels - terraces, between which we insert a new element - a two-storey building with a covered arcade, which creates an imaginary retaining wall that stretches from the eastern to the western edge of the land. The individual floors of the building are connected to the adjacent level of the plot. In addition to indoor sports grounds, the main building will also house facilities for all indoor and outdoor sports grounds. We leave the existing butcher's building near the crossroads, which will be reconstructed and increased by two floors. It should become a kind of beacon or banner at the crossroads, which will invite you to visit the complex. The former butcher shop building will be a compositionally symmetrical counterweight to the corner building of the former farm. The building will house a cultural and social center for teenagers.

One of the important motives for composing the whole area was to be as visually open as possible to all people moving in the area and to attract visitors with his life. In addition to the indoor sports grounds, which are located in the main building, the following sports areas are located in the complex:

In the lower part, the dominant area will be the athletics track. In the middle of the oval there will be a universal sports ground with an artificial surface and guardrails, which can be used for children's football, floorball or tennis. In winter it will serve as a cooled ice rink and hockey field. The existing skate park located at the butcher's will be integrated into the lower sports grounds. There will be a workout (outdoor gym) and a streetball field near the butcher's shop. On the upper terrace there will be a football field and fenced courts for volleyball, football and beach volleyball.

Two buildings will be designed in the area, the so-called main building and the building of the former butcher's shop. The main building is situated at the interface of two height levels of the complex. The actual mass of the building will form a characteristic and significant volume within the entire complex. Therefore, we tried to soften the perception of this building and achieve the greatest possible visual relief. Firstly, by means of vistas through this building and at the same time by the help that the mass of the house is designed from partial volumes, which are united into one shape by a light roof, which on the north side turns into a columned arcade. The one that creates the gathering and communication space along the entire northern facade of the house. 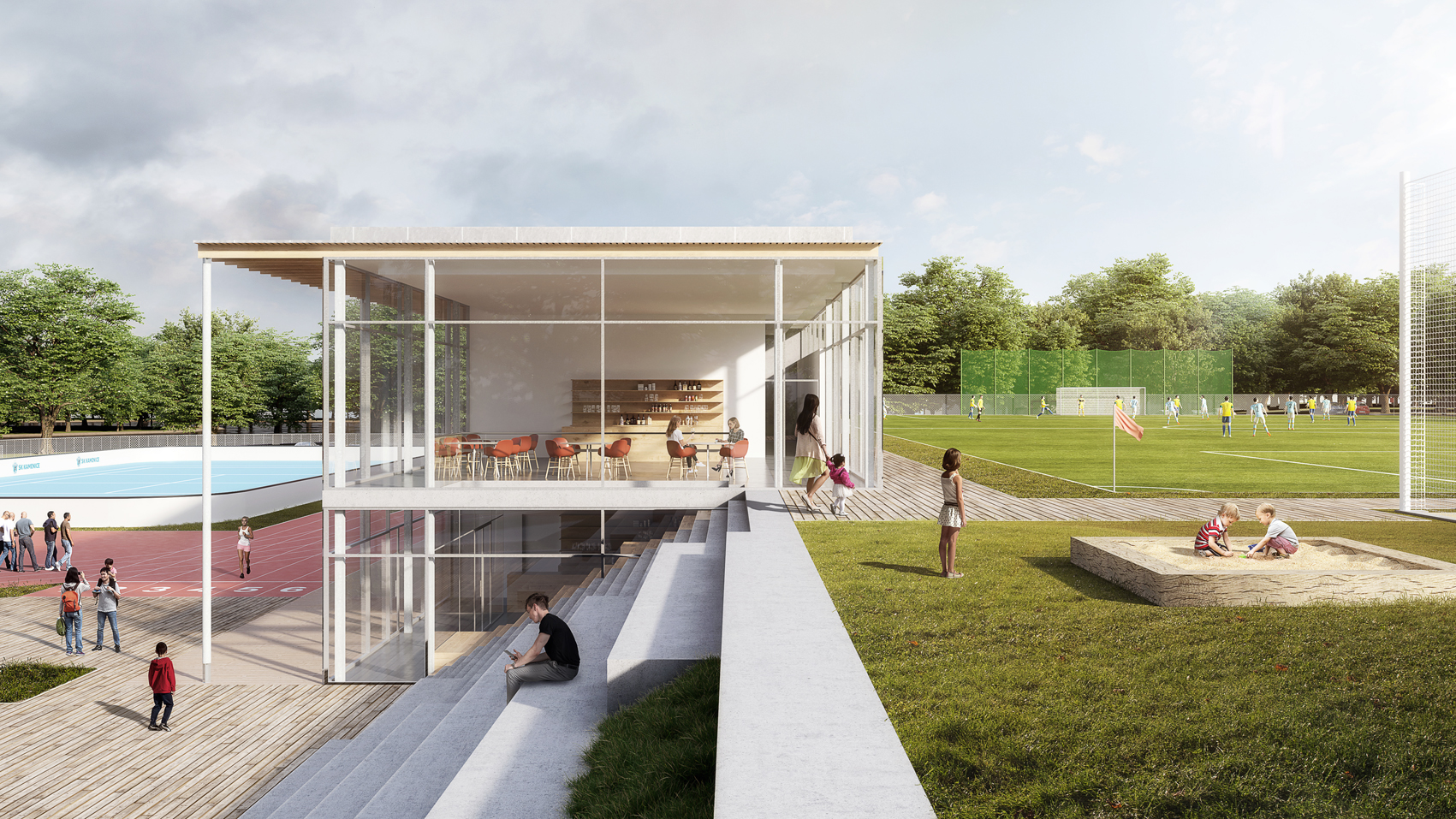 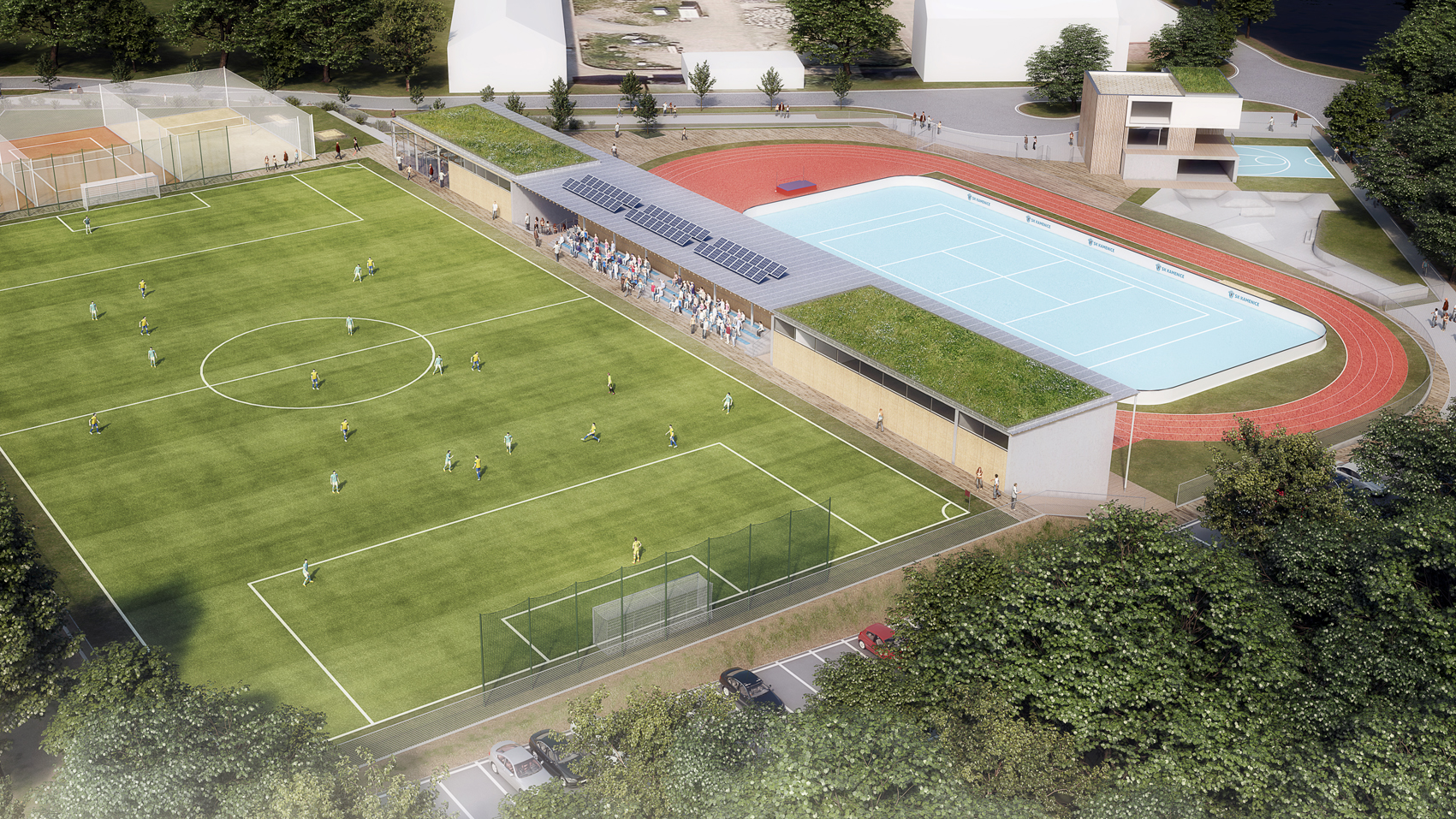 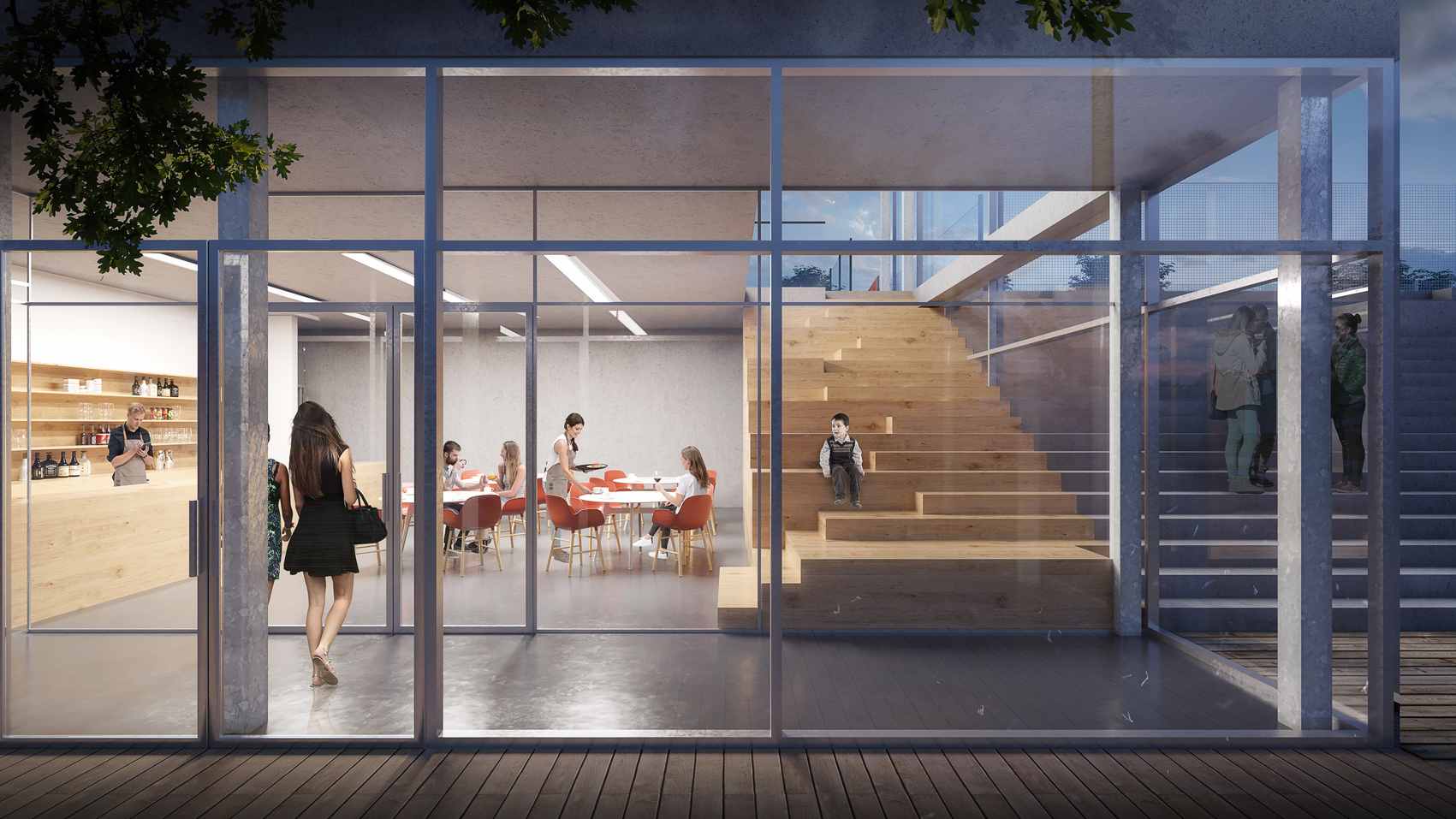